North West traffic commissioner (TC) Simon Evans has revoked the restricted O-licence of an Oldham-based sole trader because of his “hotheaded” behaviour during a DVSA check.

In a written decision following a public inquiry (PI) in Warrington on 18 June, the TC revoked the licence of Ryan Flowers, trading as Si-Tec Supplies, for three vehicles from 21 August. On 24 January a DVSA stopping officer tried to direct Flowers’ HGV into a check site in Chadderton, Greater Manchester.

Flowers became angry at being asked by the officer to travel behind his stopping vehicle. He did not initially follow instructions, but eventually joined the lane to follow. However, his driving became erratic.

He closed the gap between the vehicles at speed more than once and stopped inches from the rear bumper of the DVSA vehicle. An inspection of the truck did not reveal any issues of concern, but in a statement the officer said he had felt intimidated by Flowers.

At the hearing, Flowers told the TC he had lost his rag, had acted stupidly and sworn at the officer. He admitted what happened and regretted his loss of control. TC Evans described Flowers’ conduct as “wholly unbecoming of a licence-holder”.

“It is evident that his actions made the DVSA’s job more difficult than it otherwise would have been, and that through his wholly disproportionate and angry demeanour and actions he will have increased the risk to other road users through his driving at that time,” he said.

“In this fashion he will have reduced his credibility with other staff in his employment to manage the proper expectations of them as drivers. The hot-headed conduct of Flowers, evidenced in the wholly improper actions at the time of the stop, point to the likely need for him to hold any future licence alongside a more experienced and mature individual.”

The O-licence for the business, which sells reclaimed building supplies from derelict sites, was granted in July 2015. Maintenance records produced by the operator at the hearing revealed there had been stretched frequencies for two of its vehicles beyond the 56-day period set out in the licence undertakings.

The profit and loss account and balance sheet at the business for the year ended 31 March 2017 had revealed that Si-Tec was, in fact, owned by Flowers’ father, Stephen Flowers. The TC said: “The circumstances, as evidenced in the correspondence at the time of grant of the licence, demonstrate that he [Ryan Flowers] was placed on notice that it was necessary that – as operator – he held the licence and that monies were held in his name.

“He is culpable for the state of affairs in which vehicles have been operated unlawfully for a period now close to three years. He has closed his eyes to the reality of the circumstances in which he has found himself.

“On the face of it, the opening of a bank account then and the deposit of monies would seem only to have been window dressing for the purposes of the grant.” 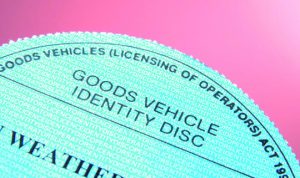